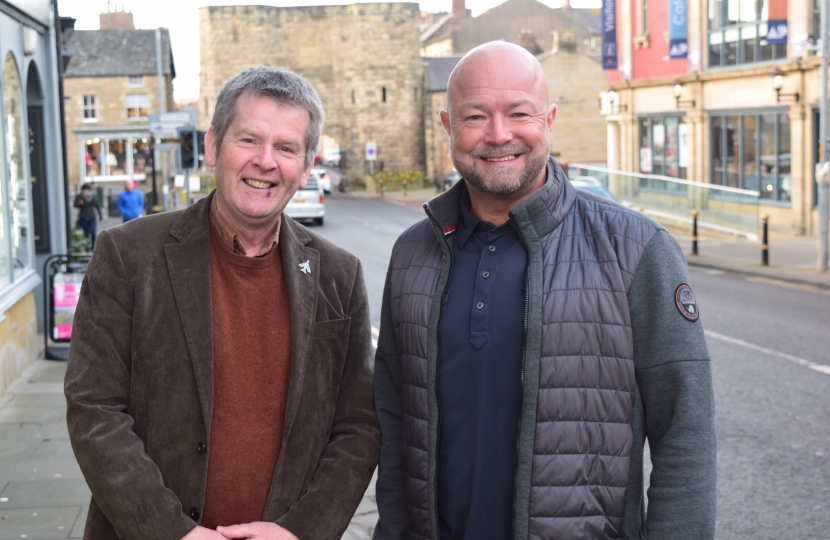 Northumberland Conservatives have unveiled local hotelier Reuben Carr as their candidate for the forthcoming town and county council by-elections in Alnwick.

The elections will be held following the resignation of Robbie Moore after his successful election to Parliament.

Reuben is best known to Alnwick residents as the former landlord of the Queen’s Head Hotel. He took the pub on with his wife in 1996 and they were rewarded for their hard work ten years later as they were recognised as the North East’s pub of the year. The couple have three children who were raised in Alnwick. In 2012 they moved to Alnmouth, which is also part of the Alnwick council division, where they manage the Nether Grange Hotel.

Northumberland Conservatives took control of the county council in May 2017 and have invested millions of pounds into leisure facilities for Alnwick residents. Young people in the town are now enjoying a 3G football pitch at Greensfield and the town’s Playhouse has been completely renovated thanks to a £3.3 million investment. Reuben Carr has pledged to build on the work that has already gone into improving the town.

Speaking after his selection Reuben said:

“We have a great community here in Alnwick and I’ve been proud to be a part of that. As Chair of the Round Table I’ve been involved in organising events like the town fireworks, the Beer Festival and the Christmas lights.

“This is a very unique area, with its historical buildings and outstanding natural beauty. No wonder residents love living here and tourists love visiting.

“I hope residents will put their faith in me to use the experience I have in Alnwick’s hospitality industry to ensure our community can continue to survive and thrive.”

For a by-election to be held two voters registered in the Alnwick division must write to the County Council requesting a contest.