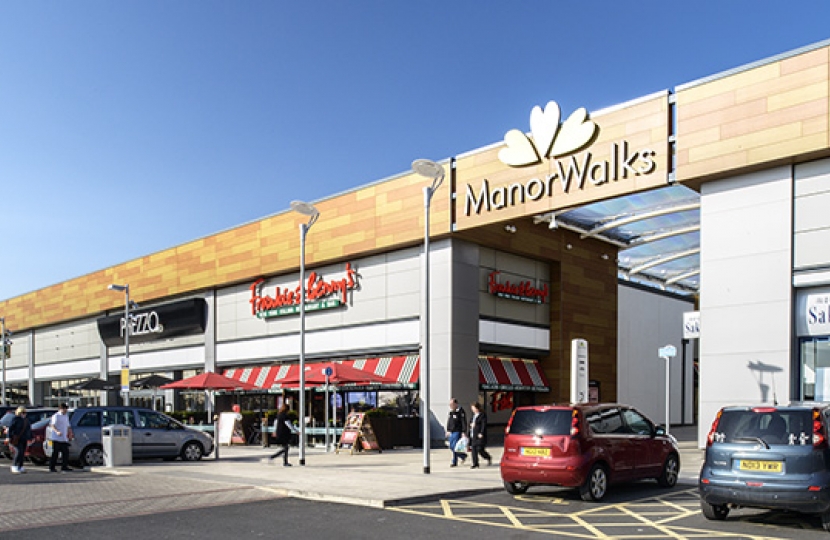 Borrowing public money to the tune of nearly £120 million to buy Cramlington's  Manor Walks and the adjoining Westmorland Retail Park have criticised by the Conservative County Council Opposition Group.

Northumberland County Council announced it has increased it's retail ownership of all of Cramlingtons shopping complex with a final injection of £36 million of public money into buying the surrounding units around Manor Walks.

The Conservative Group on the County Council and Cramlington Town Council's opposition Conservative Group have both voiced serious concerns about the lack of scrutiny and business planning which has gone into the massive multi million pound deal.

“This move is simply chasing away private sector investment in our county and will not create a single extra job opportunity. When voting against this move in the Council meeting I said that my Group is sure that there is something very wrong with the current Council priorities. The function of a Council should be to provide the conditions for a healthy and diverse local economy and to attract external investment.

Furthermore we are seeing the actions of a Council which pays little attention to the very real risks it is taking which vast sums of taxpayers’ money whilst, at the same time, neglecting day to day essential services.

Along with the £80 million white elephant new County Hall in Ashington project this Labour/Independent-run County Council is taking on a mountain of debt with no idea of it being paid back, acting like a serial gambler gone mad with someone else’s credit card.”

"Cramlington residents are horrified by this gamble with their cash. This comes at a time when the County Council has cut a fire engine and crew from Cramlington to save £120,000, made the library little more than a couple of shelves on a wall in the Leisure Centre and hit residents with up to 60% increases in leisure centre charges. People are right to ask if these Labour Councillors have lost the plot and are simply playing the lottery with local people's lives"

The County Council claim the purchase will generate a 7% return which they will then spend on services. Their logic is fundamentally flawed as they have no timescale on paying off the loan and the British Retail Consortium are predicting a 21% decrease in shopping centre purchases in favour of online retailers.

The plan is also flawed because it is predicated on a year on year increase in rent paid by tenants. This is unsustainable and businesses could vote with their feet and move out leaving the local tax payer having to bail out an unmanageable debt.