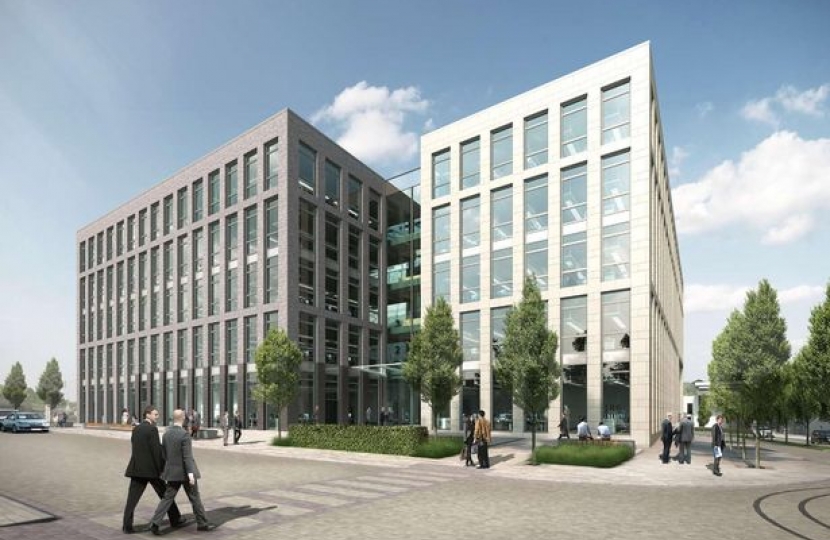 The justification for the County Hall move to Ashington is hugely controversial particularly the finances. Northumberland Conservatives are now describing it as 'The biggest con to be perpetrated upon the people of Northumberland for a generation'. This issue alone is worthy of a detailed and independent examination but is not the main focus of this email.

This proposed move was first announced a couple of years ago and initially included a somewhat unrealistic suggestion of 2,000 homes being built on the site. See link below -

This was followed up in late 2015 with another unrealistic looking proposal to build 4 schools, a leisure centre and a library.  This was turned down by three of the schools which was not unexpected as it was the equivalent of trying to pour a quart into a pint pot and would have meant 3,000 pupils all travelling to one site in a relatively small town with an existing traffic congestion problem.

The current proposals which are the first to advance to planning have drawn huge criticism with a McDonald's drive thru opposite the new first school. The justification for it in the Statement of Community Involvement is lamentable.  I would be interested to learn what the Director for Public Health at Northumberland County Council (NCC) and the Cabinet Member for Adult Care & Public Health think; and why NCC unlike neighbouring authorities don't have a policy to prevent fast food establishments near schools.

These proposals have many fundamental flaws but the main one is that they are contrary to the Morpeth Neighbourhood Plan which was only made in May this year.  NCC have already gone against the plan by approving development near Lancaster Park on the northern boundary of the town. The plan does not allow the retail and housing uses proposed for the County Hall site.

The plan seeks to protect the viability of the town centre and there are 3,000 houses in the pipeline in Morpeth which is way over need and will increase the size of the town by more than a third. The great irony about the retail proposal is that NCC constantly promote their Market Towns initiative but want to build an edge of town retail park in Morpeth that is more than two thirds the size of Sanderson Arcade which is the town centre anchor.  The retail park will have 306 car parking spaces which is just under the number of the main town centre car park.

If these proposals are approved the community led plan would be dis-regarded three times in its first 12 months of existence. What is worse is that NCC would have driven two of those applications by providing the brief to inform the land sale.

- 15th December - paid for coverage in Morpeth Herald so that the Council Leader can inform readers that the capital receipt relating to a land sale that has no planning merit is fantastic news for all - see attached. No mention that sale is subject to securing planning permission for the proposed uses or that there is huge opposition in Morpeth. The County Hall building which is described as crumbling and outdated is 35 years old.

- 15th December - online coverage of protest on the 14th in Sanderson Arcade with coverage in the Journal on the 16th - see attached.

21st Dec - 250 objections to retail proposals.  111 objections to housing proposals. ZERO letters of support for either.  The comments are worth reading through to understand the level of opposition. Comments can still be made until 13th Jan.

There are so many angles to this  -

- Drive thru fast food opposite a first school

- Contempt for the views of Morpeth residents

- Ignorance of the Morpeth Neighbourhood Plan

And of course, the decision to flatten a 35 year old building in the first place. Something else to be aware of is the pace these applications are being driven. Both are intended to go to the March committee ahead of the May local elections when it is possible that Labour may longer hold the balance of power. If the land has been sold by then there is no going back on the move to Ashington.  If the proposals were really in the interests of Morpeth  they would have cross-party support and there would not be the need for this mad rush.

These applications should be stopped in their tracks by NCC acknowledging and respecting the views of Morpeth residents and business, and refusing to sell for the proposed purposes.