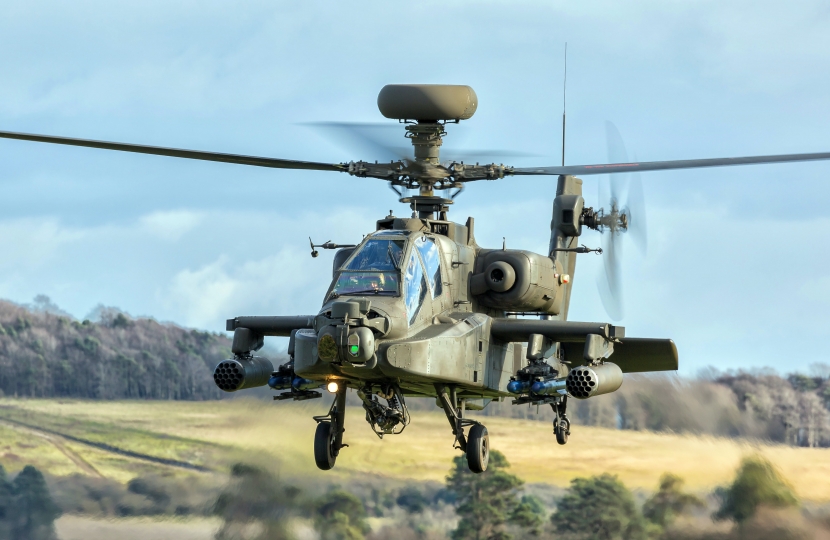 The largest investment in our nation’s defence since the cold war announced yesterday will help protect our country and bring tens of thousands of jobs to every corner of the Union of the UK.

This the largest investment in the nation’s defence in the last 30 years, providing our defence budget with an extra £24.1 billion over the next four years. The commitment will allow the Government to invest in cutting-edge technology, positioning the UK as a global leader in domains such as cyber and space and cement the UK’s position as the largest defence spender in Europe and the second largest in NATO.

Over the next four years this funding will help create 10,000 more jobs a year, through the investing in our world leading defence industry and revitalising British shipbuilding. These jobs will reflect the expertise and ingenuity of British people both inside and outside our Armed Forces, harnessing the UK’s skills in construction and science and reinvigorating those industries in the coming decades.

Anne-Marie said of the news:

“I am a huge supporter of our Armed Forces and have joined colleagues in calling for this boost to spending.  I am delighted our efforts have resulted in the largest financial boost since the Cold War, while both meeting and exceeding our Manifesto commitment to increase defence spending.

“This news is also good news for constituencies across the country like ours who will not only benefit not only from the security this investment will bring our country but also the jobs and prosperity the direct and indirect investment will bring to our defence industry and its supply chains. I am delighted the Prime Minister has listened to me and other colleagues on the importance of the UK shipbuilding industry that I have championed during my time as a defence minister and with cross-party colleagues in Parliament.”

"After 25 years in the RAF I recognised what the Prime Minister has just reminded us, that of all government responsibilities the security of the state comes first. Get that wrong and in due course you will find that nothing else matters. Relying on others for our security is not the British was, though we have throughout history forged alliances with reliable nations, mostly democracies.

"When we have security defences they work as a deterrent but we can take it for granted and there is always a temptation to cut its costs, until you need it and regret the lack of foresight. Our armed forces have always proven their worth and our nation is trusted only to deploy them with good reason. This investment will ensure our defence technology is always good enough to deploy.

“I have taken this decision in the teeth of the pandemic because the defence of the realm must come first.

“The international situation is more perilous and more intensely competitive than at any time since the Cold War and Britain must be true to our history and stand alongside our allies. To achieve this we need to upgrade our capabilities across the board.

“This is our chance to end the era of retreat, transform our Armed Forces, bolster our global influence, unite and level up our country, pioneer new technology and defend our people and way of life.”

Meet 3 of our great Police and Crime Commissioner candidates