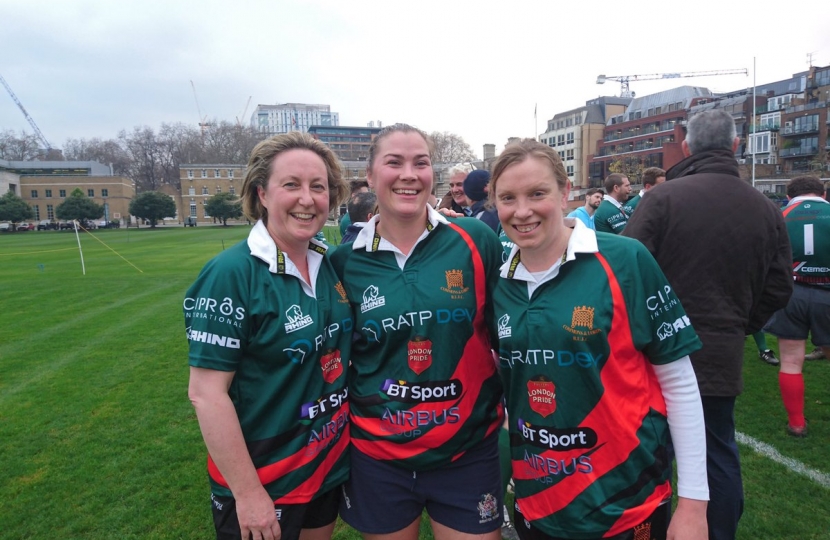 Berwick’s MP, Anne-Marie Trevelyan, has publicly criticised the decision by the Rugby Football Union, not to automatically renew the contracts of the World Cup-winning England women’s team after the forthcoming world cup, in order to split funding between the 7s game and the 15s game.

The move comes despite the RFU posting record revenues of £400million and having previously been proud of its record as a champion of women’s professional sport.

The MP, who is a firm supporter of the ‘This Girl Can‘ campaign, said:

“It is extremely disappointing that the RFU has chosen to – in effect – reduce our world-beating rugby stars to part-time professionals under this new scheme of rotating emphasis and contracts depending on the 7s or 15s cycle. There is no reason why the RFU cannot value each discipline without essentially removing professional status from players in between. Our England team boasts world-class players who excel at both 7s and 15s and have a great shot at defending their title in the World Cup. They have been an inspiration to girls across the country. I frequently meet girls across Northumberland interested in playing rugby and it is thanks to having such great role models. They deserve our support, not the promise of demotion.”

The Berwick MP – who played alongside former England captain Catherine Spencer in the first ever mixed Commons and Lords rugby match in December - joined MPs from all parties in a joint letter to the RFU condemning their decision and asking them to reconsider the decision.