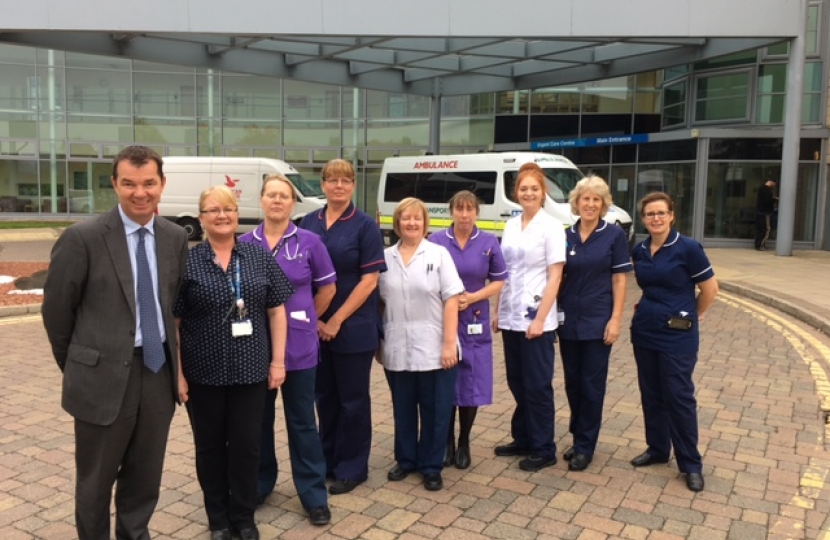 Hexham MP Guy Opperman was delighted to be invited to Hexham Hospital on Wednesday for the long-awaited announcement that after nine months of closure the Overnight Care Service at Hexham Hospital is to be reopened and 24 hour care reinstated at the end of October.

Guy led a long campaign to get the Centre reopened since it was first closed on a temporary basis last December, and has been supported in his efforts by many Hexham and Tynedale residents. Since the closure was first announced numerous meetings have been held with patients, nurses and Trust managers to stress the fact that overnight care must restart and that promises were made at the time of the opening of the Northumbria Specialist Emergency Care Hospital that Hexham would keep its 24 hour service.

Following the recruitment of 65 extra nurses, the reopening of Hexham overnight will mean that capacity is released for the Cramlington hospital to deal with the most serious emergencies. Guy said 'I have been able to convince the Trust of the financial, and indeed the clinical case for reopening the overnight facility - the nurses are delighted and so are the people of Hexham and Tynedale. It’s a great result to a long campaign.'