A New Year message from the Leader of the council 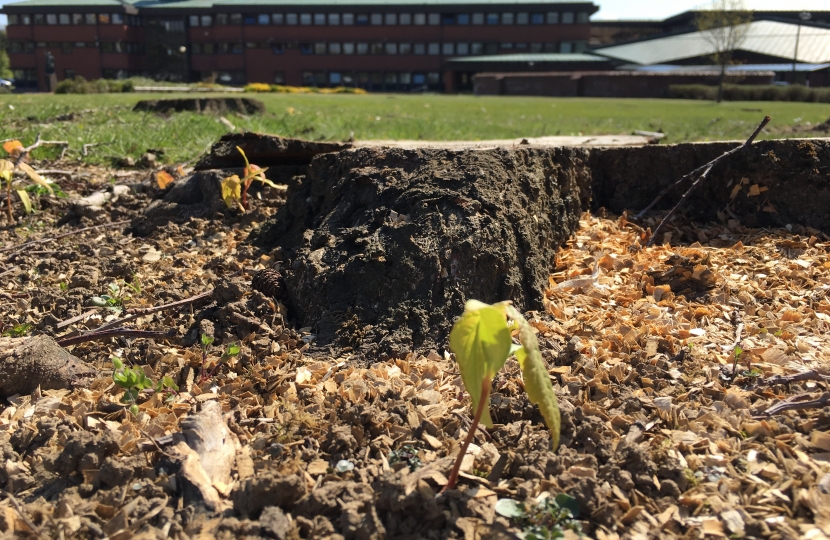 At the start of 2017 the future of the county looked bleak. A Labour administration in its final days tried to push through a County Hall move that would have cost the public over £80 million. Residents took to the streets to protest against a party which was managing the county into a financial crisis that could have harmed thousands of people.

In May, voters came out in their droves and roundly rejected what has been described as a hateful brand of politics, voting overwhelmingly in favour of a positive future under the direction of Northumberland Conservatives.

Our programme of delivering a county that works for everyone involved establishing Local Area Councils which were delivered in the first month of the administration and are successfully bringing decision-making closer to local people. We pledged to end Labour's plan for 26,000 new houses across the county, including on greenbelt land. This was delivered in June as the county's Core Strategy (a key planning document) was withdrawn. On day one we put an end to Labour's £80 million project to move County Hall.

Following an internal review into the governance of the council's 'arms-length' development company Arch, it is being scrapped and work is already underway to deliver a replacement company that will focus on delivering benefits for Northumberland residents and businesses. The former administration wanted to create hundreds of millions of pounds worth of debt in pursuit of risky investments with no guaranteed reward. We have put an end to that practice.

We have already delivered most of the pledges we set out in our manifesto. There is a great deal more work to do though. For years Northumberland's young people have been betrayed by an education system preventing them to achieve their full potential. The county's highways were ignored as the former leader of the council declared we 'don't have a problem with potholes in Northumberland'. We promised to spend £100 million on the county's roads over our four year term and we will deliver on this promise. Next year we will also deliver on our pledge to abolish Labour's Teenager Tax, which charges hard-pressed families just for sending their children to sixth form education.

Finally, I would like to draw your attention to the image above as it is a fitting representation of what we have to look forward in 2018. Early in 2017 residents took to the streets to protest as the former administration ordered the felling of 90 iconic maple trees on Queen Elizabeth Way at County Hall. This was unfortunately typical of an administration that treated the county's history, heritage and people with utter contempt. Following the local elections in May, Northumberland Conservatives have replanted the trees at County Hall, and we have worked hard to regrow the trust between our council and the residents it serves. It should be the duty of every council to work for residents, not against them, and I am proud of the work we are undertaking to deliver a county that works for everyone.