The North East is Leading the Banking Revolution

The North East is "leading the way in transforming Britain's banks"according to Hexham MP Guy Opperman, ahead of the launch of a brandnew community based bank on Friday. Mr Opperman said "Eight years ago, on September 15th 2007, NorthernRock, that most North East of banks, was at the heart of events whichbrought the British banking system close to collapse. It was on that day that local people here in the North East began tojoin queues outside the bank's high street branches in a desperateattempt to withdraw their savings, as rumours of its collapse began tospread across the region. Two days later the Government was forced to step in to guaranteedeposits to prevent a full scale run on the banks and just a fewmonths letter it would nationalise the bank. It is the from the those ashes, from the ashes of banks that were toobig to fail, too interested in big casino bets, and had forgotten thepeople the system is there to serve, that we are launching theTynedale Community Bank." Northern Rock Building Society was formed July in 1965 as a result ofthe merger of Northern Counties Permanent Building Society (est 1850)and Rock Building Society (est 1865) The Archbishop of York John Sentamu will be making a special trip tothe North East to launch the new Tynedale Community Bank at HexhamAbbey this Friday. Mr Opperman said "Friday will help mark a new chapter in the NorthEast's relationship with banking. There has been much attempt to pinthe banking crisis on one bad banker, one bad decision, or one mergertoo many. The truth is the British banking system was failing.Northern Rock was nationalised, Lehman Brothers went bust - and HBOS,RBS, Bradford & Bingley, and Alliance & Leicester all came within daysof going the same way. Since then regulations have been tightened and new rules introduced,but the same old model remains. The UK banking market is stillconcentrated in six large banks that have over 75% of the UK’s currentaccount market. Fundamentally we need new banks to break up that lackof competition." The Tynedale Community Bank will be part of a growing number ofcommunity banks in the UK. A phenomenon Mr Opperman says the UK hasbeen too slow to adopt. "Look at Germany" says Mr Opperman, "Their banking market is evenlyspread across various sectors, none of which – whether they aresavings banks, co-operatives, or commercial banks – have more than a26.5% share of the market. But where we did once have an additionallocal tier of banks 70 years ago, we now have just one dominant tierwith the number of bank branches on the high streets down by 43% inthe last 20 years alone. By opening a new community based bank in Tynedale on Friday we willnot solve the banking sectors problems over night but we will behelping to shine the light on a new way of banking in Britain. Local banks, like the one we are the creating in Tynedale will be alocal bank that serves the community when too often it has seemed theother way round. Local banks are based in the community, lend to thecommunity, and make all of their decisions in the community. We willalso make sure that profits are ploughed back into the local area." The new Tynedale Community Bank, is working closely with PrinceBishops Community Bank who are providing infrastructure support andregulatory status based in County Durham. Sir Mike Darrington, the former chief executive of bakery Greggs,  whohas worked with Mr Opperman to help develop the project said "TheTynedale Community Bank will hoepfully prove to be a fantastic assetfor our area in the future. The Community Bank will hopefully help people learn the value ofmaking regular savings, or be used by those who already save, and usethat protected pool of capital to provide low cost loans to those inour community who need credit. This is particularly important for those who have difficulty borrowingat affordable rates from mainstream providers and might otherwise turnto loan sharks or doorstep lenders. With a community bank everyone wins." 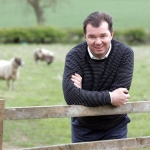