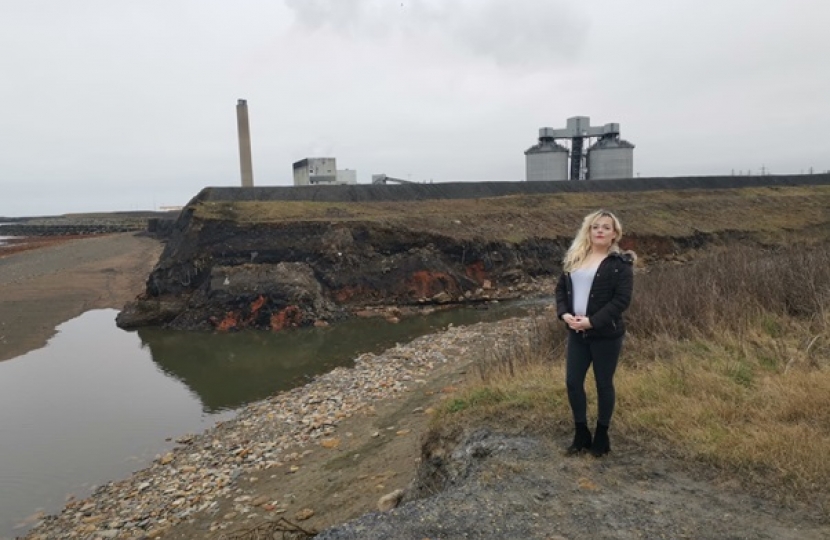 Northumberland’s Conservative-led council have approved funding for a multimillion pound clean-up project along Lynemouth’s coast with the first £2.5 million or work underway.

Our Lynemouth coastline has long been subject of criticism amongst locals due to the area being used as a dumping ground for the old colliery site and a regular target for illegal waste disposal. Recently the Conservative-led County Council has enlisted the aid of Engineering firm Bam Nuttal to start an ambitious revitalising project.  The project has already had £0.5m spent to begin surveying of the area and identify the key areas needing treatment with borehole testing and trial pits already beginning.  A spokesman from Bam Nuttal has stated this will help produce 3D imagining over the key areas needing addressing and encouragingly believes there is ‘no reason Lynemouth’s coastline couldn’t be comparable to Druridge’.

A recent 2020 Feasibility Study highlighted that the site contained remnants of rubber, plastics and even asbestos fibres of which would be harmful to the environment.  The recovery work of this exciting project will begin in spring, with the aim to extract an impressive 200,000 tonnes of dumped cliff material from which waste material will be extracted and disposed of correctly, before the recovered material will be returned to the cliffs. Conservative County Council leader Glen Sanderson supports the move having stated ‘we must get this mess tidied up and we will’.  The move for cleaning up Lynemouth Beach also has gained support from the local Conservative MP Anne-Marie Trevelyan who stated “I am supporting the County Council in sorting out and making safe the collapsed landfill site at Lynemouth, which is falling onto the beach. This contamination onto the beach and into the sea is unacceptable.”

The conservative led council is, in the meantime, providing additional support to the work with additional clean up visits, air monitoring and pollution clearance.  Lynemouth’s Conservative Council Candidate Ciera Hudspith stated “it is very welcome news that the County Council have started such a bold and ambitious project in Lynemouth that will help improve the lives of residents.  Lynemouth Beach can now become a great location for the region to enjoy.  If elected to represent Lynemouth Ward I would work hard to bring more change to Lynemouth with a long term vision”

The Prime Minister's statement on the death of His Royal Highness The Prince Philip, Duke of Edinburgh