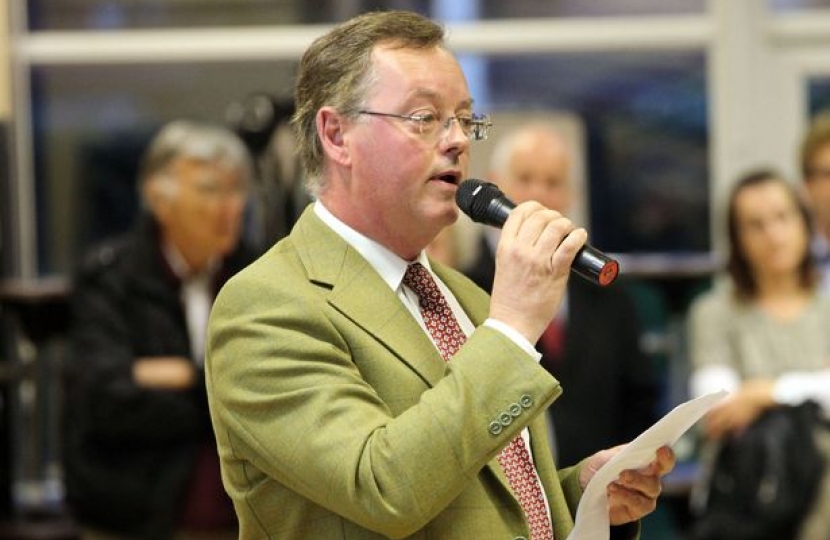 The good work which has been done by the staff of this authority over the last year.

This was brought dramatically into focus during the record levels of flooding in December.

As Councillors we all acknowledge the efforts that were made, over and above what is normally expected.

Working with national Government the flood defences for Morpeth were completed just in time to save that town.

And we all need to recognise the swift response from Government to grant £500 to each affected household and the promise to pick up a large part of the bill for the consequences of the flood.

These events must strengthen our resolve as a Council to absolutely protect our Front Line Services.

The story of the budget this year, which has not been explained by Labour, is that there has been a shift in funding for Councils. Along with greater devolution to Councils there has been a fair bit of giving with one hand and taking with the other.

In that process we have had the promise of Transitional Funding. We have the recognition of rurality issues with the Rural Services Delivery Grant of £2.3 million this year and a Better Care Fund Grant rising to £8.5 million per year to support Adult Care. And I would hope that all Councillors will join with the Conservative Group in the Fairer Funding campaign for a better deal for rural councils going forward. Remember the extra funding of £12.5 million which we gained for Northumberland schools.

So where does this leave us? Well the end result of the changes mean that the Council’s overall income stays relatively fixed over the four year period at around £437 million.

So once again we are being presented with a smoke and mirrors budget from this Labour Administration. Once again full of unspecified savings targets. Last year this turned out to mean toilet closures, no cutting of the main grass verges, closure of Fire Stations. So what is on the hit list for next year- WRCs, libraries, tourist information centres, leisure centres?

What we have seen over the year are a number of issues which suggest that this Labour Administration has taken its eye off the ball.

We have had the fiasco over the non-cutting of the roadside verges in the north and the west of the county. Surely this points to the need for devolution of local budgets and accountability to each part of Northumberland. We will have better local services with local control.

We have had the fiasco of transferring key services to Active Northumberland – a shadowy, Labour-only run organisation with little or no accountability.  What happened – poor management, no business plan, a serious failure of governance and a £1 million loss in one year.

More than this I have been given some revealing information about Labour’s use of public money.

I have been informed that the bill for outside consultants has rocketed over the last 3 years. Despite Labour’s empty promises some time ago, the cost of consultants has doubled up to a staggering £1.2 million per year.

On top of this the annual bill for the Council’s spin doctors amounts to some £0.5 million per year.

But, worse than all of this, we have all known for some time that that this Labour has been spending like there is no tomorrow on its capital programme on all kinds of schemes and yet still complaining about paying the daily bills.

The current plan is to spend a further £400 million over the next 3 years, which will bring the Council’s debt up to £1 billion and clearly does very little for communities in need such as Berwick or Haltwhistle, with the vast majority of this spending aimed at Ashington and Blyth and only small crumbs for the rest of the county.

So, what is the cost of all of this capital spending on essential daily services?

The figures show in black and white a service cut of £20.7 million per year for the extra interest and capital repayments and this figure will increase dramatically in future years.

This combined with an uncontrolled “inflation” figure of £16.3 million amounts to a £37 million drain on the annual budget which can be laid solely at the door of this Labour Administration.

Finally there is the financial provision in this budget for the largest vanity project of our lifetime – Labour’s new £40 million palace for Councillors in Ashington.

This new HQ building is neither wanted nor justified and we are seeing daily evidence that the attention of the Council is being diverted from its daily business to pursue this madcap scheme. Is this really the Council’s main priority?

At this point I will just say two things:

The new County Hall project has nothing to do with the idea of dispersing staff to market towns. My Group supports that aim even though the reality has been one of increasing concentration. However it is only common sense that, if more staff are working away from the centre, then there is less reason than ever for spending £40 million on a highly centralised HQ building. Let us have investment in services in Berwick, Alnwick, Prudhoe and Hexham instead.

And we are still waiting for justifiable evidence that there is anything structurally wrong with the current building. Where is the proof that it needs a total rebuild?

The whole thing is a nonsense and most people recognise that fact.

So, to sum up, we have had a budget of spin from Labour, a budget of smoke and mirrors and a budget which denies reality and continues Labour’s profligate spending in Ashington and Blyth for which we are all going to pay the price for years to come. 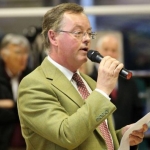