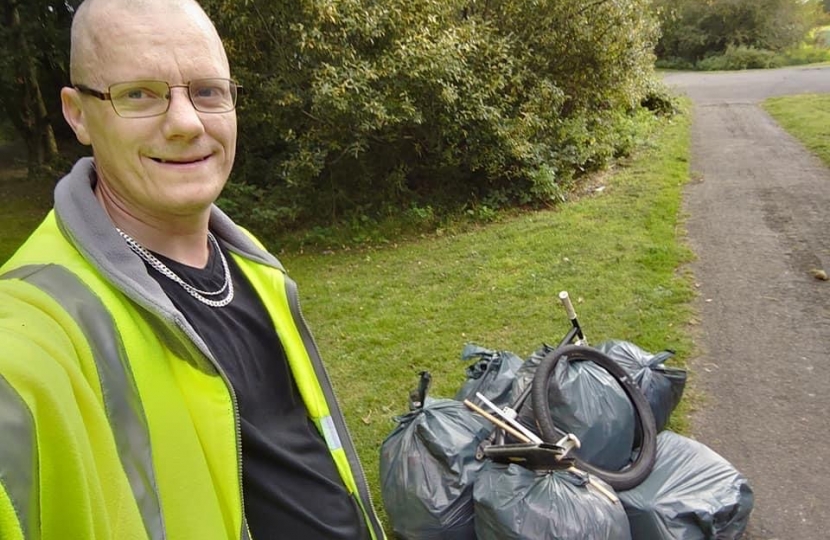 The campaign, which was postponed in early spring due to Covid-19, will run from 11-27 September 2020. It will encourage the great British public to take part in small, socially distanced clean-ups to remove litter from streets, parks and beaches across the country.

The Great British Spring Clean, run by environmental charity Keep Britain Tidy, brings together individuals, community organisations, businesses and councils to show they love where they live and in 2019 more than half a million #LitterHeroes collected more than 900,000 bags of rubbish.

Keep Britain Tidy Deputy Chief Executive Richard McIlwain said: "The overwhelming response to last year’s Great British Spring Clean showed that hundreds of thousands of people who love where they live and are prepared to take action to make it better for themselves, their families and their communities”

“Never before has it been more important for our community to unite in our fight against litter. We know that taking part in community action has positive effects on our mental health, and right now, anything we can do to unite British citizens and empower communities to make a difference during these uncertain times is so important”

“We are delighted that Phil is supporting this year’s campaign and would like to thank him for taking action to clean up his local environment and beyond”.

“I love Ashington and the community we have here but litter louts make a blight of the area. Unfortunately some people will always take the lazy route and dump their litter but campaigns like the Great British Summer Clean highlight the value of local people doing their bit and picking up litter.

“Unfortunately due to the current restrictions group litter picks are less likely to take place but individuals and households can still go out and make a difference to our area.”

To find out how you can get involved, whether that’s by pledging to pick up litter in the course of your daily routine or organising a clean-up with up to five friends or family, visit keepbritaintidy.org/GBSeptemberClean

Northumberland County Council to receive £70,500 to provide a permanent place to live for rough sleepers

Northumberland council leader Glen Sanderson has welcomed the news that the Government is providing funding for Northumberland County Council for new, long-term homes for rough sleepers and other vulnerable people.