Thousands of jobs and homes to be created by new plan 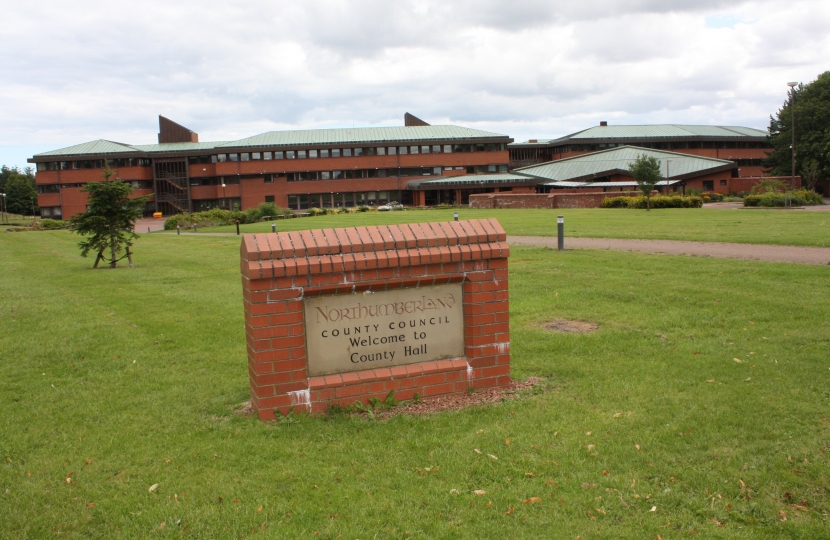 An ambitious plan to create 15,000 jobs, improve broadband coverage, build 17,770 homes and re-open a railway line are set to be unveiled next month.

The new local plan will be put forward for public consultation in July. Scrapping Labour's plan for 26,000 houses in the county, including 2000 on greenbelt land was described as a 'developer's charter' as it gave developers a free rein over key sites and allowed them to concrete over the greenbelt. Withdrawing the plan was a key manifesto pledge by Northumberland Conservatives at last year’s local elections.

Once approved the local plan will become a key document for Northumberland to show how land in the county can be used for housing and industry and also setting the framework for deciding on future planning applications.

Councillor Peter Jackson, the Conservative leader of Northumberland County Council, said the new plan should be in place by 2020 and would provide real benefits for everyone in the county.

“This new plan shows our ambitions for the future economic prosperity of Northumberland. It will deliver a growing and thriving county in line with our aspirations as a council, with national planning policy, and with the ambitions of the North of Tyne Combined Authority,” he said.

“It will deliver additional, better paid and higher skilled jobs in the county. We plan to build on existing strengths while also diversifying and realising the potential of the rural and visitor economies.”

Councillor John Riddle, who is the portfolio holder with responsibility for planning matters says the plan will encourage the development and growth of business right across Northumberland and help create up to 15,000 new jobs.

Sites for the 17,700 new homes  - down from 26,000 under the Labour plan – have been identified across the county, with about 9,000 being constructed in South East Northumberland.

Other parts of the plan include pushing for better broadband coverage and continued work on reopening the train line between Newcastle, Blyth and Ashington to realise economic potential.

The county council cabinet will consider the plan on June 14, and if backed will go out to the public in July and August.

A detailed map of the plan and how it affects different areas of Northumberland can be seen at: http://northumberland.maps.arcgis.com/apps/webappviewer/index.html?id=4bfd486ae75645bf8a286ef5caf44fc5