Born in Ashington and raised in Morpeth Jack up until 2021 served as a local town councillor and was Mayor of Morpeth in 2018. He returned to the area after studying his Undergraduate degree at Queen's University in Belfast followed by a Masters at St. Andrews in Scotland.

He is a former Royal Navy Reservist and has raised thousands of pounds for local good causes.

He has worked across much of the UK with jobs ranging from being a waiter to an area manager for one of our country's major super market chains.

In this 2019 General Election he campaigned to give the Wansbeck Constituency a fresh start. Key goals include the return of passenger rail services to Ashington and Bedlington in just 3 years, the development of enterprise zones to bring thousands more jobs to our area, and investment in our local services which could become hard pressed after the last Labour council let house building get out of control.

One of the most valuable heritage sites in Northumberland has been given a crucial lifeline thanks to a major Government scheme.

The Government has confirmed that Morpeth is to benefit from a new hospital at Northgate, as part of its plans to build 40 new hospitals across England.

Morpeth councillor Jack Gebhard has welcomed the re-opening of the tourism sector on 4 July, giving a boost for up to 390 businesses in the Wansbeck constituency, and called on people to show their support for businesses following a challenging three months.

Thousands of people could be reconnected to a local rail line thanks to plans to reverse cuts made in the 1960s. 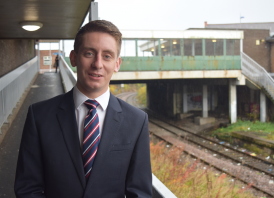