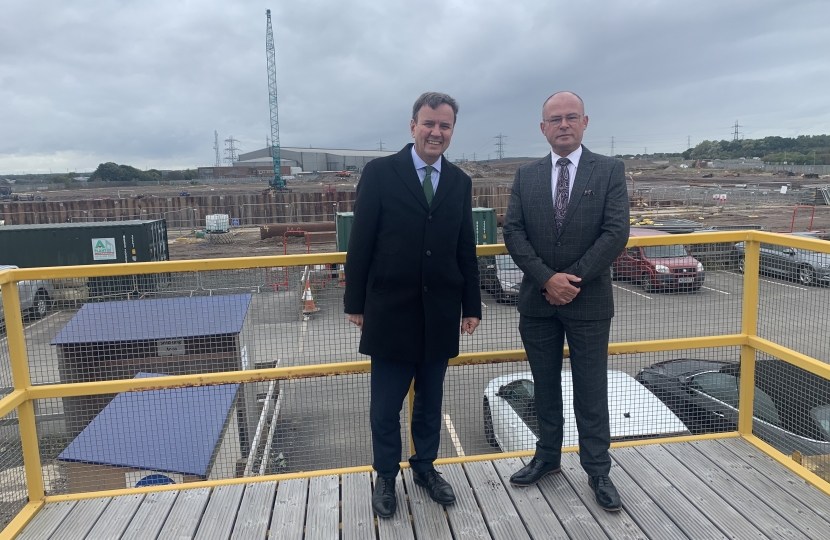 More great employment news as plans have been announced for a £130m factory making cables for offshore wind farms which will create 170 new jobs. JDR Cables have confirmed a multi-million pound investment in a new facility on the old Blyth Power Station at Cambois.

Blyth Valley MP Ian Levy and Councillor Richard Wearmouth were delighted to welcome Greg Hands MP, Minister for Business, Energy and Clean Growth to Northumberland today to talk about JDR’s planned cable factory which has been supported by our Conservative Government and County Council.

The development will be partly funded after receiving a grant to cover some of the construction costs from the Government’s Offshore Wind Manufacturing Investment Support scheme and will be located close to the planned Britishvolt battery gigfactory, which will cement the area’s reputation for being a hub for new green jobs. When complete, it will be the only facility in the UK capable of producing high voltage subsea cables for offshore wind farms from start to finish, supporting the growing - and increasingly lucrative - renewable energy market.

Both developments have been hailed for contributing towards the UK’s push towards net zero as the UK prepares to host the COP26 summit in Glasgow later this year.

Cllr Richard Wearmouth said: “This is another major industry development plan for Northumberland and the south-east region and a reinforcement that the region is fast becoming an attractive ground for business. Northumberland County Council has worked on this deal for a long time and it’s great to see it announced.”

The plans have also been welcomed by Councillor Jeff Watson, chair of Advance Northumberland, who said: “We’ve been working tirelessly to support this facility, which will be another major employer in south-east Northumberland – once the site of much heavy industry. We’re thrilled JDR is able to make this announcement and will continue to support them as the scheme moves forward.”

“We’re delighted to build on our legacy as a leading provider of subsea cables to the offshore energy sector by investing in this new facility. We’re also delighted to continue our investment in the North East of England, and in bringing new jobs to Cambois, Blyth and Northumberland. Our proposed facility is strategically located to capitalise on the rapidly growing and largest offshore renewable energy market in Europe.” 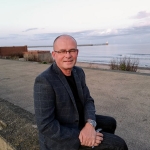