He is focused on bringing about real change for the Blyth Valley Constituency which amongst others includes the communities of Blyth, Cramlington and the Seaton Valley. His major proposals include returning passenger rail services to the Blyth Valley, a scheme recently endorsed by Prime Minister Boris Johnson.  Ian is also seeking funding for a relief road for Blyth which is supported by Transport for the North and other major highways improvements.

Ian backs spending more money to get additional police on our streets and fair funding for our local schools and NHS services.

More great employment news as plans have been announced for a £130m factory making cables for offshore wind farms which will create 170 new jobs. JDR Cables have confirmed a multi-million pound investment in a new facility on the old Blyth Power Station at Cambois. 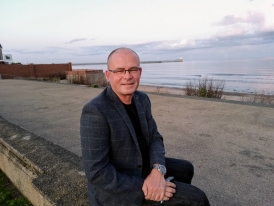